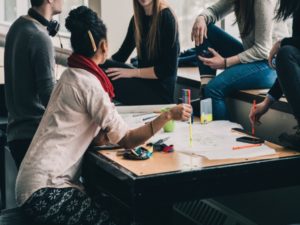 Explore Data Science Academy (EDSA), an African data science academy, has increased the number of sponsored learnerships to 500 in 2020. This new change will represent a five-fold increase since the Academy launched in January 2018. Applications opened on 8 July 2019 for the 12 month Seta Accredited Data Science Programme next year.

According to job sites Dice and Indeed, the demand for data science skills is growing at an exponential rate. A January report from Indeed highlighted a 29 per cent increase data scientist postings year on year, as well as a 344 per cent increase since 2013. Searches by job seekers skilled in data science, however, grew moderately (14 per cent), which suggests a gap between supply and demand.

EDSA launched in Cape Town with the first intake amounting to 100 interns. The Academy has gone on to place 95 per cent of its 2019 programme graduates in corporate positions with an average starting salary of $25,000. According to Shaun Dippnall, EDSA co-founder, the Academy’s leadership has found a “sweet spot” in terms of overall market demand for data science and analytics skills, as well as the need to build relevant digital skills within South Africa’s youth in order for them to succeed in the new economy.

President Cyril Ramaphosa echoed these sentiments at the inaugural Digital Economy Summit held in Midrand on Friday. He stated that the government is committed to training 1 million young people in data science and related skills by 2030, in order to ensure South Africa has an adequate human capital to meet the demands of the digital economy. “We are the first African institution to offer a focused, comprehensive and free year-long accredited skills data science programme, which is proven to get its learners job-ready,” President Ramaphosa said.

In order to qualify for the fully-sponsored 1-year programme, applicants must successfully complete an online application, attend a data science boot camp as well as a round of interviews with the EDSA team. Applicants must be between 18 and 35 years of age. No prior degree is necessary, but a quantitative background is useful. “Recognising the value of qualified data science skills, many of South Africa’s leading corporate companies looking to digitise their operations and leverage big data, have come on board to sponsor our training programmes,” said EDSA co-founder Shaun Dippnall. Founding sponsor BCX has invested $3.5 million over three years and South Africa’s major banks have also made substantial investments.

The EDSA was founded by Shaun Dippnall, Dave Strugnell and Aidan Helmbold, data scientists with actuarial qualifications and experience in research, consulting and lecturing. “We offer students a globally competitive faculty and a course which incorporates cutting edge training material, leveraging the latest in data science and artificial intelligence research.  In the classroom and during the work-experience phase of the programme, we focus on experiential learning, in other words, solving real-world problems.  It’s the opportunity of a lifetime,” said Dippnall.

The EDSA has campuses in the Bandwidth Barn in Cape Town and in 19 Ameshoff in Braamfontein, Gauteng. The Academy also has a new data analytics course. There are currently plans to open a third campus in Durban in 2020.

« CSIR signs weather-monitoring deal with Transnet Bitcoin for beginners: The how to guide »