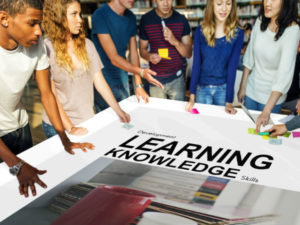 With the government committing to increased spending on education in its next fiscal year, and President Cyril Ramaphosa having announced a particular emphasis on bolstering the digital environment in classrooms with appropriate hardware, the Western Cape is now looking towards how best to harness digital technologies to improve on its overall matric result rate.

However, for educational technology (or EdTech) to up the ante in classroom results and successfully address a number of the issues endemic in the South African education system, the real focus must first be on content over hardware, says Dr Corrin Varady, chief executive of IDEA Digital Education.

“There is no doubt that technology will have a valuable effect on education and training,” says Varady, “but first, before we consider the hardware that is required, we must create excellent and relevant content in a way that will deliver high-quality, interactive resources for learners, while at the same time enabling professional development for teachers.

To this end, the Western Cape Department of Education has entered into a partnership with Edtech company IDEA Digital Education to roll out a measurable, outcomes-based approach for both learners and teachers in 2019, following a robust test phase of the programme which has been run over the past two years in selected schools via the WCED ePortal.

“What’s been missing so far in South Africa has been an outcome-driven solution for, students and parents, that builds digital teaching and learning practices, as well as tools created specifically for teachers to develop them professionally and promote educational excellence,” says Varady.

This is of great importance, notes Varady, with the quality of South African teachers having been highlighted as one of the focus areas in the report Priorities for Education Reform in South Africa, developed in collaboration between the University of Stellenbosch, the Allan Gray Orbis Foundation Endowment and Funda Wanda – the latter being an NPO that works towards literacy. Presented to National Treasury on 19 January, it forms part of the basis of the government’s renewed commitment to education and notes that “no education system can move beyond the quality of its teachers.”

Acknowledging that the majority of South African teachers do not currently have either the content knowledge nor the pedagogical skills to enable them to successfully teach the set curricula, the report notes, among other concerns, that in a national representative sample of primary schools, 79% of Grade 6 mathematics teachers could not themselves score 60% or higher on Grade 6 or 7 level questions.

“The most important factor here, however,” stresses Varady, “is not for a teacher’s contribution in a classroom to be replaced by a digital environment but rather to enable them to evolve as educators and learning facilitators within that environment. The question then becomes: are we prepared to support our teachers in the ways we expect them to support our children?”

Varady notes that the environment within a learner’s home also plays a critical role. To this end, he says, a platform which educates parents on how to better create a more conducive learning environment in the home for their children, is crucial.

There are numerous studies around the world that have revealed the impact of edtech on learning, but Varady believes it is important to concentrate on comparable contexts in the development of policy around content and software for South African students and teachers. “We should therefore not focus on the examples of edtech deployments in countries like the USA or Australia,” says Varady, “but rather to the studies coming out of countries such as Kenya, Rwanda and other East African countries, where big educational laptop and tablet projects have already been implemented.”

With the content developed by IDEA’s global and local teams, and with the backing of the Department of Basic Education, the South African Council of Educators, the Jane Goodall Institute, and Microsoft, the experimental IDEA program in Western Cape schools has proven that we are well on our way towards meeting the specific challenges to be found in South African classrooms.