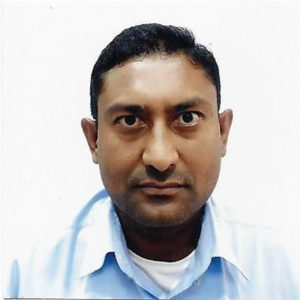 The mobile telecommunications industry is busy consolidating. However, in doing so, it runs the real risk of curtailing its ability to innovate. A pretty bold statement, I know, but in merging, the sector loses diversity and diversity, is one of the key things that will keep it progressing.

Consider the ocean liner or oil tanker. Steaming out to sea, set on its course, but suddenly, the course is no longer where it needs to go. A nimble powerboat can turn speedily to command, but the larger vessel first needs to apply brakes and then, slowly turn to set a new course.

The bigger the conglomerate, the slower it is to respond and adapt to what is required to sustain itself in the technological era that controls our everyday lives and, that evolves moment by moment.

Take Huawei as an example. When it first appeared, the company quickly became known as an innovative organisation – leading and launching new discoveries and taking the communications world by storm. Their solutions led to an industry-wide reduction in the cost and deployment of technology, at the time, which also coincided with the advent of 4G. Then, Huawei got big, and innovation slowed. When innovation stopped, costs went up.

What is happening now though – with the dawn of 5G – and exciting for the future, is the rise of young, go-getting organisations who are not encumbered by the need to protect a legacy. They have the mindset, wherewithal and guts to try new things and the ability to respond to a new direction, and even, set that direction for others to follow.

Every industry needs healthy diversity to keep it on its toes. Look at the transport industry where Uber is providing an alternative to renting cars and taxis, or taking a bus, train etc. It is not only in ways to get around, as Uber is also challenging the entire automotive industry, with fewer people buying vehicles and more.

Another illustration of diversity in action is AirBnB, which has turned the accommodation market on its head. It’s not only providing access to affordable lodging but a much greater variety and generating additional income to homeowners. This innovative diversity is forcing traditional room providers to up their game.

In the Telecoms industry, we believe that Parallel Wireless is a disruptor that has the capacity to enable diversity – long-term. The company has developed a range of products that is driving down the cost of mobile connectivity across the planet – from urban to rural areas (and everything in between). For Africa, this means that legacy 2G and 3G technology, still prominent across the continent, has the opportunity to participate in the 4G and even 5G economy.

How?
Mobile Network Operators (MNOs) are deploying the latest and greatest tech into urban areas but, their 2G and 3G architecture is not virtualised by virtue of the fact they are not cloud-native. Yet, this legacy still needs to be maintained, and generally speaking, at great cost, as MNOs are ring-fenced by current suppliers with old technologies who themselves are not innovating.

The embattled Huawei as an example again – only three or four years ago, governments across the African continent, including the African Union, were using Huawei tech to bring communication to the people. However, with accusations levelled at the company for spying, the suitability of Huawei continuing with its service supply is being brought into question. While certainly cost-effective at the time, cheap could prove to be the costliest, especially if it comes at the expense of compromising national security.

In today’s information age and sharing economy, the protection of data is paramount. Service providers and end users need to have the confidence that their information is secure. Organisations like Parallel Wireless have better security by default. Because of their various innovations, MNOs can virtualise their architecture – any kind, 2G through to 5G and even into the future with 7G and so on.

This agnostic software-based approach has the added advantage of being cost-effective to implement, as well being able to rapidly respond to market demands and conditions. Being software-based, means there is no legacy. Additionally, because there is no prescriptive one size fits all mandate, this also allows Parallel Wireless to work with specific client challenges – think those such as Africa experiences with vast distances between, sparse and costly infrastructure and, a legacy of old connectivity channels.

Parallel Wireless is of the opinion that innovation will drive diversity and therefore better communication across Africa and that automation of the network, is the only way forward.

Being aware of the pitfalls of outgrowing its usefulness and what happens when costs escalate, will also give the company the edge to sustain its constant innovation – relying on feedback from clients, its monitoring of the needs of industry and the wants of consumers.