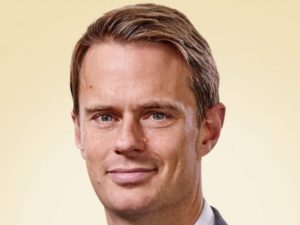 Luke Bradley-Jones has been appointed by Disney as the new SVP, Direct-to-Consumer and General Manager for Disney+. Image sourced from Variety.

Bradley-Jones, prior to his new role at Disney, was the Marketing Chief Officer at Sky UK and was responsible for brand strategy, content and product marketing. Bradley-Jones spent 7 years at Sky and over-saw the transformation of Sky’s on-demand services, as well as led the releases of Sky Go Extra, Sky Store, Sky Q and Sky Box Sets. Prior to his position at Sky, Bradley-Jones was at BBC for 5 years, first as Head of Strategy and then MD of BBC.com and iPlayer. He was also responsible for BBC’s mobile, online and digital video-on-demand services.

Disney is currently planning a two-market international launch along with the launch of Disney+. This new acquisition is part of Disney’s plan to support the platform in order to compete with other streaming platforms such as Netflix. According to Marketing Week, Bob Iger, CEO of Disney, has labelled Disney+ “its most important product launch during his tenure.” Iger assumed the role of CEO in 2005.

According to The Drum, Disney is hoping to cut losses with Disney+. Iger has stated that people in the US can purchase a subscription that will bundle Disney+, ESPN+ and Hulu with add support for $12.99 per month. “Disney+ is going to be treated as the most important product that the company has launched in, I don’t know, certainly during my tenure in the job, which is quite a long time,” Iger clarified, according to The Drum.

Disney+ is currently set for release in the US on 12 November 2019. A launch campaign will begin at the end of August. Disney is still yet to announce a UK launch date.