South African network provider, Cell C announced that it is set to make changes to its Board, including the appointment of a new Chairman and Board member representatives from shareholders Blue Label Telecoms and Net1. 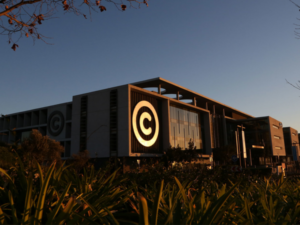 Cell C announced changes to its Board, including the appointment of a new Chairman and Board member representatives from shareholders Blue Label Telecoms and Net1.

Existing Cell C Board member, Joe Mthimunye will take over as non-executive Chairman effective 20 November 2019. Mthimunye, a Chartered Accountant (SA), is a co-founder and former partner of Gobodo Incorporated, a forerunner to SNG Grant Thorton. He is currently Executive Chairman of aloeCap Proprietary Limited and an independent non-executive director on the Blue Label Telecoms Board. He also serves on the Board of directors of various non-listed companies in which aloeCap is invested.

Following his two-year term, outgoing Chairman, Kuben Pillay, has agreed to remain in the position until a handover process has been concluded.

Harlow is a Chartered Accountant (SA), an associate of the Chartered Institute of Management Accountants (UK) and a fellow chartered management accountant (UK). He is currently the Executive Chairman of Unihold Limited, where he led the transformation from an engineering conglomerate to an International IT and telecommunications group in the role of CEO before its delisting through a management buyout. Harlow has served on numerous private and public company Boards.

Vilakazi is currently the Executive Chairman of Palama Group of companies which he co-founded. He previously served as CEO of Business Unity South Africa (BUSA). He is also the Chair of the State Information Technology Agency (SITA), Mpumalanga Gambling Board and Trubok (Proprietary) Limited. Over the years he has held various Chairman and directorship roles at companies in the construction, gaming, mining, retail, recruitment and training industries.

Edwards career has spanned Africa and Asia and covers banking systems, satellite TV, electronic media, telecommunications and payments. He is a former CEO of Multichoice, Johnnic, MTN and Chairman of Starcomms, a Nigerian telecommunications company. He is currently Deputy Chairman of Nasdaq-listed NET1 UEPS, Chairman of ZappGroup Africa and Equilibre Bio-energy Productional and Director of Mauritius and JSE-listed Lighthouse Capital. He has a BSc and MBA from the University of Cape Town.

The Cell C Board comprise the following directors: