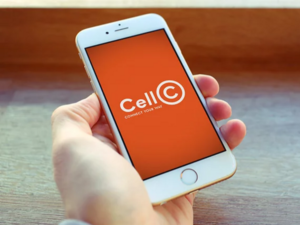 Image sourced from My BroadBand

“Vodacom has about 5.8 million post-paid subscribers in South Africa, meaning a successful deal would see it leapfrog MTN Group Ltd. with 5.9 million and increase its overall lead in the market.”

Anonymous insiders say this is part of Cell C’s plan to reduce expenses.

“Cell C and its biggest shareholder, Blue Label Telecoms, are looking at ways to cut costs and strengthen the balance sheet as they battle to service R9-billion of debt. Transferring the customers to Vodacom would attract a fee and free Cell C from the cost of servicing clients, including handset subsidies and credit checks, said the people. The carrier could also cut jobs and close some stores after slimming down operations.”

“Cell C generated about R3.6-billion in revenue from its post-paid customers in the year through May, about 30% of sales from mobile-phone subscribers. The company will be left with those who pay as they go, who don’t spend as much on average as those with contracts.”

In September, ITNA reported that Cell C CEO, Douglas Craigie Stevenson, has been taking steps to right-size the business, focusing on revenue-generating activities and cutting costs where necessary. This comes after earlier in 2019, Cell C fell into some dangerous territory when debt, poor business performance and liquidity problems threatened to cripple the network provider.