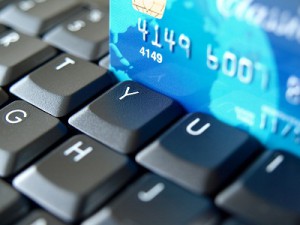 Cassava Fintech South Africa, a member of the Econet Group, has launched an enhanced cross-border money transfer service from South Africa to the rest of Africa.

Darlington Mandivenga, Group CEO for Cassava Fintech International, says although the remittances space has a number of players, Cassava is not “just another player”. “We do things differently and have grown our business by responding quickly to market needs,” says Mandivenga.

“What we offer is informed by what customers want and we know through research that they want more than just the ability to send and receive money,” says Mandivenga, who has been leading Econet Group’s fintech business since 2011.

Cassava, which is recognized globally as an African champion for financial inclusion, has a track record of developing and scaling fintech services including mobile money, mobile micro-insurance, payments, and digital banking.

Cassava’s value proposition has unique bolt-on services such as the Cassava Home Wallet and the Breadwinner services which offer remitting customer benefits that are not offered by its competitors.

The Home Wallet service enables customers to open mobile money wallets in their countries of origin and send money into these wallets from anywhere in the world. These funds can be used to perform all mobile money wallet functions as if the customer was back home, including paying utility bills, buying groceries for loved ones, or paying school fees. This decreases the risk of abuse and the use of funds for purposes other than what the sender had intended, which is a major challenge in most African markets.

The Breadwinner service is death benefit cover that pays out benefits to a customer’s designated beneficiary in their country of origin should the customer pass away. This benefit is available at no additional cost to the customer provided they use the Cassava remittance service consistently over a period of time.

Mutsa Sibanda, COO for Cassava Fintech South Africa, says, “We believe that we have an unmatched end to end cross border money transfer service for this massive market”.

According to FinMark Trust, there are approximately 4 million migrants from the SADC region living in South Africa. Total remittances from South Africa into the other SADC countries are estimated at R17 billion per annum.

“Our strategy includes pervasive distribution through strong local partnerships both locally and in the receiving markets. In South Africa we have partnered with a leading national retailer with over 1,500 outlets and merchant aggregators who have a combined footprint of more than 160,000 formal and informal outlets that include spaza shops,” says Sibanda.

According to Sibanda Cassava Fintech South Africa has an aggressive expansion plan and have identified an initial ten key countries which will be rolled out over the next six months. “The combination of market experience, skills, our partnerships and the technology infrastructure we have in South Africa enables us to move swiftly,” says Sibanda.

The Cassava Group also offers international remittance services to all African countries under the brand name Cassava Remit Limited in the UK.