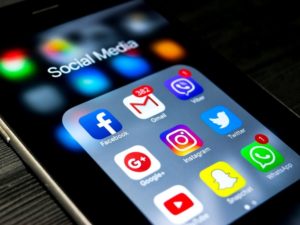 The recent xenophobic attacks throughout Johannesburg and Pretoria are just the tip of the iceberg in an escalation of violent crimes in South Africa and abroad. From the mass killing in an event considered the deadliest shooting in modern US history, to the Sri Lanka bombings over Easter this year, random acts of violence are more prevalent than ever. In the aftermath of mass shooting incidents, hate crimes and acts of terrorism, the unilateral sentiment is: why didn’t anyone see it coming?

According to Nithen Naidoo, CEO of Snode Technologies, upon closer inspection, the golden thread between these incidents – and so many more – is very clear: the narrative, from both the perpetrators and the public, was galvanised by social media. “In Texas, the 21-year-old gunman charged with killing 22 people at an El Paso Walmart had drafted a lengthy anti-immigrant manifesto, describing his plans and political motivation for the attack, and posted it online 20 minutes before the incident. Prior to streaming the mass murder on Facebook Live, the gunman who killed 50 people in a mosque in Christchurch, New Zealand, posted his hate-filled manifesto online, along with images of the weapons he used in the attack. The highly politicised #FeesMustFall movement of 2015 ground academia to a halt in the pursuit of social justice, spurred on by discord online.”

The sheer volume of sentiment from people across the globe begs the question: can data collected from social media predict random acts of violence?

When most people think of the term social media, mainstream websites such as Facebook, Twitter, Tumblr and Whatsapp come to mind, when in reality, social media is an extensive online environment. Some potential inciters of violence may not be particularly active on mainstream social media sites, but could be vocal on obscure, anonymous forums where potentially dangerous behaviours such as cyber-bullying, hacktivism and terrorism narratives are rife. In a world where everything is interconnected, and the lines between the real world and online become blurred, a fundamental challenge with social media monitoring is knowing where to look and how to distinguish credible threats from amidst the overwhelming noise and chatter in time.

Naidoo believes that using technology that augments human intelligence allows companies to interpret digital data at Internet scale, and in so doing, identify patterns that empower prediction. “Open data sources, such as social media, are a renewable source of energy that drives our analytical capability. Our machine learning algorithms learn from every tweet, post, like and dislike – painting a picture of public perception and sentiment. The trending patterns of negative sentiment – combined with multiple attributes of each individual – can be indicative of a growing potential for an outbreak of violence. This forecasting of emerging threats helps emergency response teams to manage and contain risk exposure.”

Naidoo concludes that technological advancements should not exist in isolation, but rather form part of an integrated, multifaceted strategy in order to accurately predict behaviour. “Such innovation does not abandon traditional or conventional response processes – it simply enriches them with real-time tools for rapid data-driven decision making. This asymmetric response capability discourages and disenfranchises attackers, kidnappers, organised crime and perpetrators of social unrest. Digital defence systems offer numerous ways to counter the criminal advantage – putting the power back in our hands.”