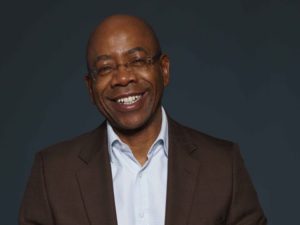 SiSebenza, the new South African business that is driving social and economic change in South Africa, is already disrupting the local market through its work with global collaborative workspace provider WeWork.

SiSebenza is supporting WeWork’s drive to enter the African market and, together with strategic partner ALW Properties, has brokered the deal for the first local WeWork location that comes online Q3 2019 at the new Link in Rosebank, Johannesburg.  SiSebenza has access to prime office space for the shared office environment and is working closely with WeWork to finalise possible leases across major South African cities.

Bonang Mohale, co-founder and executive chairman of SiSebenza explains that the organisation will be bringing disruptive business models, with a focus on disruptive technologies, into the South African market with the intention of rolling them out across the continent. “Disruption is the only way to engineer change,” he says. “The partners in SiSebenza all have long and celebrated track records of bringing business success and social good to the South African economy. Our focus is on entrepreneurship and small business support. Business is the answer; when businesses do well, society does well.”

A recent economic impact report released by WeWork in the US shows that 12% of first-time entrepreneurs and new businesses are more likely to survive if they are WeWork members. Across the US, new businesses at WeWork have a 12% higher survivability rate after three years. It is this kind of success that SiSebenza believes will benefit the local economy.

SiSebenza is not developing its own disruptive business models, but will work in partnership with large, successful, well-funded global start-ups, bringing them into the tough African market. In investment jargon, these startups are known as unicorns if they are valued at >$1bn and minotaurs if they have raised >$1bn in capital. According to CB Insights, in January this year, WeWork was the fourth largest global unicorn by value, with Uber ranking second and AirBnB fifth.

“Accelerating technological change unlocks new opportunities, and we have a pipeline of exciting projects that we will be launching into South Africa this year,” says SiSebenza co-founder Marc Lubner.
SiSebenza will use South Africa as the gateway into the robust and growing markets of sub-Sahara, east and west Africa.