Apple has revealed a list of apps and games that drove ‘app culture’ this year on Monday, 2 December 2019. The Global tech giant says it looks to apps to “help simplify our lives and express our creativity, connect us to friends, family and the world beyond, and of course, have fun”. 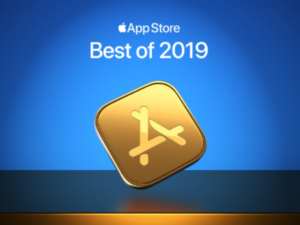 This year, the most popular apps are said to have made their mark by reflecting the “zeitgeist of our society and sitting at the nexus of digital and pop culture”.

“Developers around the world inspire us all with innovative apps that have the power to influence culture and change our lives, and this year that is as true as ever. The 2019 App Store Best Apps and Games winners reflect our global desire for connection, creativity and fun,” says Phil Schiller, Apple’s senior VP of Worldwide Marketing.

“We are excited to announce such a diverse group of 2019 App Store winners, showing that great design and creativity comes from developers large and small, and from every corner of the world. We congratulate all the winners and thank them for making 2019 the best year yet for the App Store.”

Here is the full list of 2019 App Store Best Apps and Games winners:

« Facebook Pay: a game-changer for payments, brands and social media 7 things to know about the Huawei Watch GT 2 42mm series »