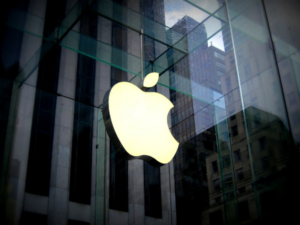 Technology giant, Apple, has released a statement announcing its plans to purchase the majority share of Intel’s smartphone modem business. The announcement, on Thursday, 25 July 2019, comes just days after the two companies were said to be in talks.

According to the statement, around 2,200 Intel employees will make the move to Apple, along with an undisclosed amount of leases, intellectual property and equipment. This transaction is valued at over $1 billion and is to be paid by the end of 2019 — however, it is first subject to regulatory approval.

With the addition of Intel’s patents and expertise to Apple’s portfolio, the company will have ownership over a combined 17,000 wireless technology patents — ranging from ‘ protocols for cellular standards to modem architecture and modem operation’.

“This agreement enables us to focus on developing technology for the 5G network while retaining critical intellectual property and modem technology that our team has created,” says Intel CEO, Bob Swan.

It is expected that Intel will continue to develop modems for non-smartphone applications, such as PCs, internet-of-things devices and autonomous vehicles while also looking at innovations in the 5G space.

“Apple is excited to have so many excellent engineers join our growing cellular technologies group, and know they’ll thrive in Apple’s creative and dynamic environment. They, together with our significant acquisition of innovative IP, will help expedite our development on future products and allow Apple to further differentiate moving forward.”