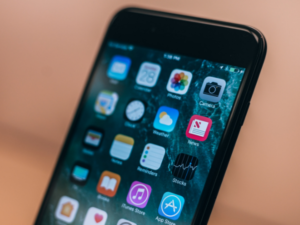 Apple on track to compete in the 5G market.

To all iPhone fans, brace yourselves — the iPhone 5G may be coming soon. It would seem that Apple is gearing up to design and manufacture devices with 5G functionality after the companies recent purchase of Intel’s smartphone modem business.

Week-long negotiations came to a successful end on Thursday, 25 July 2019, when Apple announced a purchase agreement. The deal is said to be valued at $1 billion and will see Apple take on innovative equipment, leases and intellectual property as well as over 2,200 Intel employees.

On the positive side, the Apple-Intel deal is said to provide Apple with ownership of over 17,000 wireless technology patents. On the negative side, it might still be a while until the tech manufacturer is ready to release a 5G capable device.

“Despite what you may read, [we aren’t] anticipating an Apple-made 5G modem inside the iPhone 11 or the iPhone 2020 – even the iPhone 2021 sounds far-fetched. The announcement simply marks the beginning of monumental task ahead for Apple,” says Matt Swider in an article for TechRadar.

“There will almost certainly be a 5G iPhone in the interim. Apple, after all, does have a six-year agreement with 5G modem supplier and chipmaker Qualcomm. That’s how the 2020 iPhone will likely give Apple fans their first taste of 5G speeds.”

“With today’s news, Apple will be able to wean itself off of the Qualcomm modem that is in many previous-generation iPhones and expedite the development of its own 5G smartphone modem, which is something Intel had struggled to do on its own,” adds Swider.

Apple’s move to purchase the majority of Intel’s smartphone modem business is the next step in weaning itself off of Qualcomm and maintaining end-to-end control over its devices. So while no one is exactly sure when Apple will release its first in-house 5G iPhone, we can rest safe in the knowledge that it’s on its way.