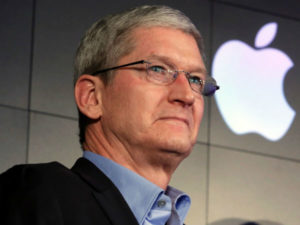 Apple Inc on Monday invited media to a March 25 event at the Steve Jobs Theater on its campus in Cupertino, California, where it is expected to launch a television and video service.

Sources previously told Reuters that the company is targeting April for the launch of a streaming television service that will likely include subscription TV service. Apple often launches products and services in the weeks following an event.

Apple is aiming to launch service in April or early May. It will allow customers to sign up for existing digital streaming products and watch them in the iOS TV application, similar to Amazon’s Prime Video Channels.
Apple wants to simplify mobile video viewing by housing content in one app instead of forcing users to launch separate apps for each service.

Apple has hinted at a planned video service, spending $2 billion in Hollywood to produce its own content and signing major stars such as Oprah Winfrey. Sources familiar with the matter earlier told Reuters that the service may resell subscriptions from CBS Corp, Viacom Inc and Lions Gate Entertainment Corp’s Starz among others, as well as Apple’s own original content.

The TV service is expected to launch globally, an ambitious move to rival services from Netflix Inc and Amazon.com Inc’s Prime Video. Apple’s App Store, where the service is likely to be distributed, is currently available in more than 100 countries.

Lions Gate’s Starz; CBS, which owns Showtime; and Viacom are expected to offer subscription streaming services on the Apple platform, according to people familiar with the matter, who asked not to be named because the discussions are private.

HBO may join its premium network brethren but isn’t as far along in discussions with Apple, one of the people said. However, according to reports, Apple hasn’t offered HBO the same terms that Amazon offered.

Apple has jostled with traditional media companies for years over getting access to their content. CEO Tim Cook previewed Apple’s new offering on the company’s earnings conference call last month.

“We see huge changes in customer behavior taking place now and we think that it will accelerate as the year goes by with the breakdown of the cable bundle. I think that it’ll likely take place at a much faster pace this year,” Cook said. “We will participate in the original content world. We have signed a multi-year partnership with Oprah, but today I’m not really ready to extend that conversation beyond that point. We’ve hired some great people that we have a super amount of confidence in, and we’ll have something to say more on that later.”

Apple is also in discussions with HBO, part of AT&T Inc-owned WarnerMedia, to become part of the service and it could yet make it in time for the launch.