Apple could be well on its way to unveil not one, not two – but five new iPhones next year – including the ‘second generation’ SE, otherwise known as the iPhone 9. My Broadband reports that the budget device is said to be “functionally known as the iPhone SE 2 due to the belief that it would be smaller and more affordable – much like the original iPhone SE”. 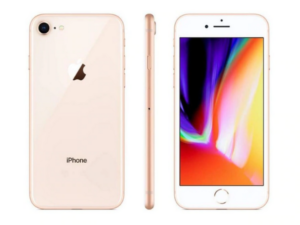 The name is an ode to the rumours that the latest addition to the iPhone family will be modelled after the iPhone 8 – including a 4.7 inch LCD display, integrated touch ID and a functioning home button (sticking with the ‘traditional’ iPhone design). The iPhone 9 could be the only Apple device of 2020 that will launch without an LED display, Face ID and will be much smaller than the newer generations of iPhones.

“The iPhone SE 2 will be more of a classic iPhone, rather than a modern device like iPhone X or iPhone 11,” reports Softpedia.

Softpedia predicts that to keep the price of the iPhone 9 low – around $399- it will come standard with a single-lens camera, just 3GB of RAM and Apple’s own A13 bionic chip.

There has been no official word on where or when this device will be unveiled – but reports suggest iPhone fans should expect it within the first half of 2020. According to Apple analyst Ming-Chi Kuo, the iPhone 9 is scheduled to go into mass production in January 2020 and will be launched at the end of March.