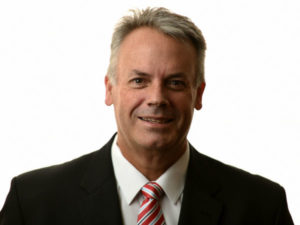 The recent release of the fifth annual ‘State of Application Services’ report by F5 Networks shows that organisations regard application services as being vital for cloud adoption and, indeed, their ultimate success in today’s app-driven digital economy.

The study looks at the way that digital transformation is driving strategic decisions about deployment and management of apps.

The 2019 report contains input from nearly 2,000 respondents from across the globe and a range of industries, company sizes and roles, providing a comprehensive analysis of how IT organisations are transforming to meet the ever-changing demands of the digital economy.

The survey shows that app services are a key player in digital transformation and business success, particularly as multi-cloud has evolved into a comprehensive strategy for innovation.

According to the report: “When we (F5 Networks) started this journey to understand the importance of application services within the context of emerging technologies such as cloud, IoT, and software-defined technologies more than five years ago, we knew we were shining a light on a future disruption.

“What we didn’t know was that applications themselves would become the very foundation of the digital economy – thus ushering in an even more prominent role for application services. It’s these services that help organisations ensure that their applications can be quickly migrated and deployed with the confidence that they are always available, protecting their business from unforeseen threats, and scaling seamlessly around the world – no matter where their applications reside.”

Simon McCullough, major channel account manager at F5 in South Africa, says, “Both at work and in the home, we use applications for staying up-to-date with things we need to know about, to communicate with each other, to work, for entertainment purposes, to be kept informed and so much more. Apps today rule the spread and sharing of information.

“It’s entirely logical, therefore, that apps in today’s business arena are a huge growth area. However, apps bring tremendous security hazards as they have become lucrative targets for hackers in order to steal information. Against this background, the value of this annual F5 report lies in its ability to share helpful information about the challenges and opportunities presented by the ongoing process of digital transformation.”

Kara Sprague, senior vice president and general manager, application services business unit at F5, clarifies, “This year’s report explores the approaches companies are taking on their digital transformation journeys and how they are optimising the people, processes and systems used to develop, deploy, and deliver applications for competitive advantage and business impact.”

When the report is unpacked further, it outlines four key findings relating to the following statistics among its respondents: a very high percentage have multi-cloud architectures; a significant number are executing digital transformation; over half are employing containers; and almost two-thirds are deploying automation and orchestration initiatives, with a strong focus on developer-oriented solutions.

An app-centric business requires a multi-cloud strategy, and nearly nine out of 10 respondents have multi-cloud architectures. Most organisations evaluate their cloud decisions based on which environment is best for each application. Nearly half of the companies (48 percent) undergoing a digital transformation initiative noted the difficulty of achieving consistent security for applications distributed among multiple cloud platforms.
The report notes that they “…would be well-served by standardisation upon a common set of application services across all cloud environments.”

As more than two-thirds of respondents carry out digital transformation, app data rules

With more than two-thirds of respondents (69 percent) engaged in ongoing digital initiatives, IT organisations are re-evaluating their structures, processes, and workflows. The report outlines a changing application landscape: one that is automated, cloud-centric, and influenced by responsiveness to business priorities. Organisations are taking advantage of agile development methodologies (52 percent) and moving applications to the public cloud (48 percent), as well as exploring new application architectures such as containerisation (42 percent).

The report notes, “To prepare for the continued evolution of the digital economy, IT firms are re-evaluating everything about how they deliver value to the enterprise. This year, the focus of digital transformation initiatives is analysing and leveraging the monumental amount of data now available, while keeping it safe through enhanced security and automation-based process improvement.”

Just over half of respondents are employing containers, while gateways, app security, and availability are growing in importance.

Just over half of respondents (56 percent) are employing containers, while gateways, app security, and availability are growing in importance. Since the inception of the report five years ago, F5 has seen the consistent deployment of antivirus, network firewall, SSL, VPN and load balancing application services. This year, it says that the rise of containers has also boosted the deployment plans or SDN and API gateways, with a reported adoption of 47 percent and 42 percent respectively, and with the adoption of service mesh (27 percent) also on the rise.

The report says that the lack of consistent security application services deployment in the public cloud has caused many organisations to feel less confident about their ability to withstand an application layer attack. For on-premises deployments, containers continue to grow in importance, leading to the increased adoption of Ingress control and SDN gateway services to support containerised environments.

A clear majority of respondents (62 percent) are deploying automation and orchestration initiatives and there is a focus on developer-oriented solutions.

Automating and orchestrating development and deployment pipelines helps organisations to keep up with the rapid rate of change required for external-facing applications. Businesses are standardising developer-oriented solutions to implement CI/CD practices throughout IT. With more than one-third of respondents automating all four key components of the production pipeline, this means that DevOps has moved from strategic differentiator for a set of early adopters to a mainstream part of operations.

F5 says that the use of developer-oriented tools is spreading into the traditional domains of network automation solutions. The report comments, “As automation and orchestration of the entire production pipeline becomes more and more important, organisations look to developers and DevOps groups to lead the way in standardising tools and team structures that enable faster development, deployment, and delivery of applications.”

Anton Jacobsz, managing director at Networks Unlimited, a value-added distributor of F5 in Africa, concludes, “The release of this fifth annual report from F5 outlines some interesting new directions in the app security world, which will assist IT professionals in the ongoing game of keeping up that is constantly required for new technology. As apps continue to grow in importance, constantly enabling communication in new and innovative ways, it remains crucial to ensure that their security remains paramount.”