Even with the 5G era already upon us, investment in 4G/LTE networks is still vitally important for operators in sub-Saharan Africa and must remain a core focus of network construction for the immediate future. This is according to David Chen, VP of Huawei Southern Africa. 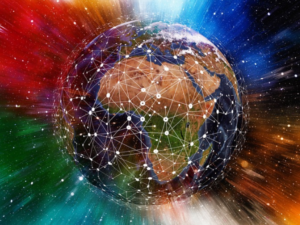 Insufficient coverage causes LTE users to fall back to the 2G or 3G networks, resulting in a significant decline in user experience.

“Currently, the mobile broadband penetration rate in Africa is only 47%, while 4G penetration rate is merely 10%,” says Chen. “Insufficient coverage causes LTE users to fall back to the 2G or 3G networks, resulting in a significant decline in user experience. It also leads to congestion on the 2G and 3G networks and makes it difficult to release spectrum used by 2G and 3G.”

Chen says that LTE and 5G complement each other and are evolving in parallel. In the next few years, 5G will mainly be used in more industrial communications while LTE will remain the primary choice for global mobile communications through 2025. It will form the basic layer of national networks, especially when it comes to mobile broadband access.

“It will take a long time for 5G to provide nationwide continuous coverage. Before that, enhanced LTE networks can guarantee optimal user experience for 5G users, including services such as VR, AR, and cloud gaming,” continues Chen. He adds that it is important for operators to invest in 4G to secure future growth, as it is estimated that there will be an additional 80 million LTE users in sub-Saharan Africa by 2025.

Driven by this growth, LTE traffic in sub-Saharan Africa will increase by a factor of 8.8. By 2025, about 80% of all data traffic in the region will be over an LTE network. LTE will also be the main source of future revenue for operators.

“According to GSMA Intelligence, 2G and 3G users in sub-Saharan Africa will gradually migrate to 4G,” says Chen. “By 2025, the proportion of 2G users will drop from 46% to 12%.” Part of the reason for the migration to 4G is because the ecosystem is mature. “The price of feature phones supporting VoLTE in the sub-Saharan Africa market has been as low as $25.”

Since 5G equipment is already available, there is an opportunity for operators to build out their 4G networks while ensuring that they can evolve to 5G in future. Chen concludes with tips to operators to ensure they are ready for 5G: