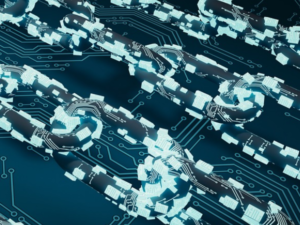 The idea behind the programme was to give coders in Africa the opportunity to gain the skills they would need to become industry-ready blockchain developers. It also aimed to empower the developers with the tools they need to leverage blockchain and solve some of the pressing problems in Africa.

A few months on and the programmes first group of applicants are now graduating. This means that applications for the second group are officially open.

The ABA says they are looking to increase the number of developers and country representation with this next group and will also be awarding scholarships to several developers for the programme — this is with thanks to a $10,000 grant from ConsenSys Grants.

The programme, which is mostly online with in-person sessions in select cities, gives developers in Africa access to ConsenSys Academy’s Developer course at a significantly discounted rate. Developers on the course will have access to dedicated mentors who will have weekly office hours with them and answer their questions daily.

The programme runs for approximately 3 months, starting in late August 2019. On successful completion of the programme, graduates will be issued certificates on the Ethereum blockchain and allowed to work on blockchain projects in Africa.

Kwadwo Amo-Addai is a developer from Ghana who took part in the programme. He says, “The Africa Blockchain Developer Programme is one of the best online education programs I’ve taken in my life. It has successfully initiated me into the Blockchain space, and fully-prepared me for venturing into this emerging technology sector.”

« The impact of cloud on businesses in Africa Women in Tech Profile: Carina Engelbrecht, Solutions Consultant at Itec SA »