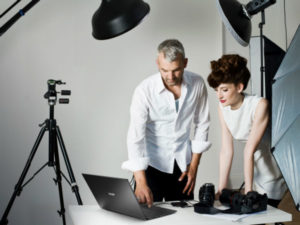 Acer has announced that several notebooks announced at its next@acer global press conference earlier this month, including the Predator Helios 300, Nitro 7, Nitro 5, and Aspire 7 will ship with the latest NVIDIA GeForce GTX 16-series GPUs.

“Acer is excited to be among the first-to-market with the GeForce GTX 16-series GPUs,” said James Lin, General Manager, Notebooks, IT Product Business, Acer Inc. “Gamers, prosumers, and content creators will be able to take advantage of the breakthrough graphics performance the next-gen GeForce GPUs bring.”

The new GeForce GTX 16-series GPUs are built with the breakthrough graphics performance of the award-winning NVIDIA Turing™ architecture. Designed to deliver a powerful combination of gaming innovation, next-gen graphics, and power-efficient operation, they are the supercharger for today’s most popular games, and even faster with modern titles.

A new option for the latest GeForce GTX 1660 Ti has been added for the Predator Helios 300, where the top configuration is with a GeForce RTX 2070 GPU with Max-Q Design. Gamers will be most excited about the combination of up to the newest 9th Gen Intel Core i7-9750H processors with the latest NVIDIA GeForce GPUs, up to 32GB of DDR4 2666MHz memory and up to two PCIe NVMe SSDs in RAID 0 plus a hard drive; it’s the powerhouse gamers crave for playing today’s AAA games.

The options for up to the new GeForce GTX 1660 Ti will be offered across the new Nitro 7 and refreshed Nitro 5 series. They will feature up to the new 9th Gen Intel Core i7-9750H processors with the latest GeForce GTX GPUs for superior gaming performance.

Acer’s new Nitro 7 is for casual gamers looking for the best in both design and performance. It has a brand-new sleek metal chassis measuring just 19.9 mm[1] (0.78 inches). Its high-resolution 15.6-inch display reproduces lifelike colours at a 144Hz1 refresh rate with a 3 ms[2] response time for a tear-free gaming experience — crucial while in the throes of battle.

Acer’s updated Nitro 5 notebook allows users to enjoy their favourite games in exceptional detail with a Full HD IPS[3] display in either a 17.3-inch narrow bezel display, or 15.6-inch with an impressive 80 percent screen-to-body ratio.

The new Acer Aspire 7 will ship with up to the latest GeForce GTX 1650 GPUs. Powered by up to the latest 9th Gen Intel Core i7-9750H processors, and built with up to 16GB DDR4 memory, the Aspire 7 has the power to multitask with ease and power through compute-intensive applications. Aimed at those who want a take-anywhere notebook with more bite — such as prosumers, designers, and content creators — the Aspire 7 is not only beautifully designed with its metal top cover and keyboard body, but also packs in performance with its incredible visuals, powerful processor, and superior audio.