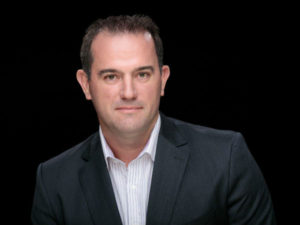 The latest report conducted by Veritas reveals that 89 per cent of South African organisations want to adopt cloud services. However, the adoption of cloud is hindered by contradicting views on cost.

The research was conducted independently by Coleman Parkes, surveying 100 South African IT leaders across multiple sectors and senior job roles to gain insight into how South African organisations are handling the growing Databerg.

According to the study, dark data has fallen to 13 per cent below the global average 41 per cent of all data stored.

Cloud adoption
As South Africa slowly transforms into a digital economy, many organisations are gradually migrating to the cloud. Although South Africa’s cloud maturity levels are still lower than other countries the Databerg study reveals that a massive 89 per cent of South African organisations want to adopt cloud services.

The study further states that over half, 52 per cent, of Operations Directors and 48 per cent of IT Directors are concerned with increasing costs. Whereas only 13 per cent of CIOs share the same concern.

Gartner also predicts that the adoption of public cloud services will continue to grow as organisations attempt to drive down IT spending.

Cloud security
In order to get value of the data in the cloud, businesses need to ensure they have holistic protection and visibility across all cloud platforms they use. This will minimise the cloud melting cyber security perimeters. With many organisations questioning who really should be responsible for managing data in the cloud, the Veritas study states that it is should be the responsibility of the organisation.

The consequences of failing to take responsibility for data in the cloud can prove to be financially significant for business.

Whilst security is mentioned as the biggest concern for storing data in the cloud, organisations need to make sure they are protecting their own data.

South African organisations testing disaster recovery systems every 6 months has risen by 15 per cent over the last two years, most prominently in the finance and retails industries at 44 per cent.