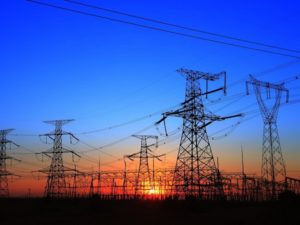 6 steps to stay ahead of loadshedding

Eskom has proposed 15 per cent-a-year tariff hike over the next three years, businesses have to become intelligent about power consumption to be sustainable.

With South African businesses in the throes of debilitating load shedding, there are widespread concerns around reduced output and fast-eroding productivity.

According to Colin Thornton, MD of Turrito Networks, by taking proactive measures and focusing on key upgrades, business leaders can, to a degree, provide some much-needed ‘immunity’ for employees. Thornton advises businesses that they need to prepare for the worst and thus investing in the right technology, businesses can remain on track and focused on growth.

Get onto Fibre Connectivity

For almost every business, staying connected is paramount. Fortunately, fibre Internet access consumes very little power – and most Internet Service Providers (ISPs) will keep it running for long periods of time. For businesses that aren’t on fibre, now would be a smart time to make the move. That said, other forms of connectivity such as Microwave and Cellular that require more power are still great fallbacks – and again, it is your ISP’s job to keep them running.

Businesses need to review, and if necessary, revamp all their network components: this includes the router that connects to the Internet, firewalls, switches and Wi-Fi Access Points (AP’s). These devices don’t have huge power requirements but they must all be connected to a redundant power source.

When it comes to telephones, arguably the most basic of office tools, many businesses are already using VoIP. A VoIP phone or IP phone uses voice over IP technologies for placing and transmitting telephone calls over an IP network (such as the Internet), instead of the traditional public switched telephone network (PSTN).
The increased business use of VoIP is a very positive trend because these systems are much easier to keep running during outages than their more traditional counterparts. Most VoIP telephones can be powered via Power over Ethernet (PoE) – which means the power is coming from the Switch and not from the wall outlet. For businesses that haven’t yet shifted to VoIP, this is a reasonably easy transition to make.

As mentioned above, using laptops instead of power-hungry desktops is a reliable fallback. This has also become a far more affordable option with laptop prices have dropped considerably. Beyond laptops, however, businesses can also opt for microcomputing devices such as the CloudGateX – a locally developed computer that uses less than five per cent of the electricity that a typical desktop requires. This type of energy savvy device thus enables businesses to continue operating for a longer time (with much of the processing power and storage capabilities that traditional computers offer).

Migrate to the Cloud

There are many business benefits associated with migrating to the Cloud, which has been written and spoken about exhaustively. Yet for SA businesses, load shedding would arguably trump them all. In short, cloud migration is the process of partially or completely deploying an organization’s digital assets, services, IT resources or applications to the Cloud. For SA business owners, harnessing the Cloud, therefore, means that it’s someone else’s problem to keep the power going and ensure that the organisation/customer has access to the above mentioned digital assets, services, IT resources and applications. Indeed, it’s one of the major reasons why you pay a monthly fee for Cloud services. Again, for businesses that haven’t yet migrated to the Cloud, the transition can be relatively easy provided that you enlist a competent service provider/IT consultant.

When using a UPS, businesses can certainly gain a degree of continuity because in general, electronic equipment doesn’t draw lots of power. However, for use over longer periods of time a UPS will require significant battery power – which isn’t necessarily the most sustainable solution. It is therefore wise to have numerous UPS options in place, which can include a solar-powered UPS, for example. Although less convenient, harnessing solar power for UPS devices is far more cost-effective.

As businesses look ahead to what will certainly be a challenging year, leaders can lighten the mood by proactively investing in power saving – and power-savvy – technology and infrastructure. Not only will this ensure that the work gets done, but also that employees remain positive and engaged.