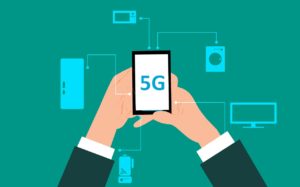 5G will bring with it significantly faster data speeds.

The fifth generation of mobile networks (wireless technology) is coming, namely 5G, and it will bring with it significantly faster data speeds. However, in reality, we are globally still two or three years away from a large-scale rollout, as telecom providers continue to run trials and prepare their networks to cope with the huge increase in the demand for communication.

This is according to ProLabs, a global leader in optical networking infrastructure, which is distributed in sub-Saharan Africa by value-added distributor, Networks Unlimited Africa.

Anton Jacobsz, CEO at Networks Unlimited Africa, explains, “5G represents a significant change from our current cellular data networks (3G and 4G), promising speeds hundreds of times faster than we have today. This means that 5G brings with it the potential to unlock incredible new digital services, which include self-driving cars, connected cities, AI robots, drone deliveries and telemedicine, to name but few.

“However, 5G works very differently from today’s mobile networks, and additionally we have faced problems in South Africa with regulation, because the department of communications has postponed the freeing up and licensing of more frequencies. As a result, the roll-out of 5G in South Africa is lagging behind other parts of the world.”

According to Professor Louis Fourie, the deputy vice-chancellor: knowledge and information technology at the Cape Peninsula University of Technology, the new 5G service will operate in the traditional and new cellular radio frequency band in the low- (below 1 GHz), mid- (1 to 6 GHz) and millimetre-wave (24-86 GHz ranges2. He clarifies that according to Deloitte Global, 72 operators worldwide were testing 5G in 2018, of which 25 planned to launch their 5G services mostly in cities by the end of 2019, with another 26 operators planning to launch in 20203.

Writing in March this year, Fourie noted that, “The only company in South Africa to launch its 5G commercial network during February 2019 is the data-only network operator, Rain. They were able to launch the 5G service in Johannesburg by using the 3.6 GHz spectrum already licensed to them. South Africa’s more established mobile operators, including Vodacom and MTN, are unable to launch 5G services until more spectrum is licensed to them by the communications regulator ICASA.”

Fourie continued, “Worldwide it has been demonstrated that the release of spectrum mostly led to cheaper and faster mobile data services in the country. If the government is serious about investment in South Africa, it will have to ensure that spectrum is made available as soon as possible to enable innovation and competition, as well as ensure that 5G services benefit consumers, businesses and industries.”

Just a few months after these words were penned by Fourie, President Cyril Ramaphosa noted in his 2019 State of the Nation Address (SONA) on 20 June that, “…within the next month, the Minister of Communications will issue the policy direction to ICASA to commence the spectrum licensing process. This process will include measures to promote competition, transformation, inclusive growth of the sector and universal access. This is a vital part of bringing down the costs of data, which is essential both for economic development and for unleashing opportunities for young people4.”

Jacobsz adds, “We know that the main local operators – Vodacom, MTN, Cell C and Telkom – are still waiting on ICASA to assign radio frequency spectrum for both 4G and 5G networks. The operators are all facing the growing demand from their consumers for higher speeds and instant, reliable services, which means that they need to improve their networks and services in order to keep their customers. 5G is obviously the solution to take us into the future.

“MTN and Vodacom have both noted previously that they were ready to launch 5G locally this year, but that they did not yet have access to the necessary radio frequency spectrum. Vodacom, in fact, launched a commercial 5G service in Lesotho in 2018. In the meantime, while we await the regulatory clarity from ICASA in August, infrastructure preparations still need to be made.”

Jacobsz says that while the state has delayed in allocating both 4G and 5G radio spectrum in South Africa6, clear thinking and decision making will allow local network providers to make allowances for an improvement in their 4G offerings now, while simultaneously planning for their networks’ future 5G requirements.

“The announcement in President Ramaphosa’s SONA speech that new spectrum will shortly be released to cell phone companies – for the first time in fourteen years – was welcome news. Our local network providers do have an uphill battle ahead in terms of playing both 4G and 5G catch-up, but by making use of the expertise of the right technology providers, this should not be insurmountable.

“With the assistance of technology companies like ProLabs, we trust that the data expectations of local customers will be met as soon as possible, and allow South Africans to experience, both as individuals and at a business and economic level, the data availability and speeds already enjoyed by others in Asia, the US and the UK,” he concludes.