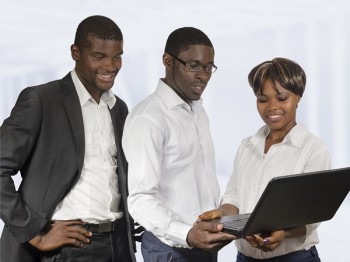 Despite the hype, the Fourth Industrial Revolution has not changed IT skills demand and supply in SA, but it’s only a matter of time before digital disruptors spark a revolution, say the authors of the 10th SA ICT Skills Survey. (Image source: Shutterstock.com)

The survey showed a distinct drop in the number of organisations saying ICT skills shortages were having a major impact on their business.

Less than half said ICT skills shortages were impacting their businesses in 2019, compared with virtually all saying they were feeling a major impact ten years ago. At the same time, 37 per cent of respondent employers now say they are recruiting ICT skills overseas – a sharp increase in 2018.

Professor Barry Dwolatzky, Director of the JCSE at Wits University, said, “South Africans are being told that everything is changing and we need all new skills in the 4IR, but my belief is that the phrase 4IR is being used as a catch-all for a number of things – many of them encompassing the kind of evolutionary digital transformation we have seen over many decades. However, the 2019 ICT Skills Survey does indicate that the hype around 4IR is driving people to start looking at upskilling.”

Key findings of the 2019 ICT Skills Survey include:

The survey found that the skills most needed now and over the next year include:

The survey was carried out by the Joburg Centre for Software Engineering (JCSE) at Wits University and the Institute of Information Technology Professionals South Africa (IITPSA).